For Kent and Christina Zimmerman, leaving Colorado for Cuenca, Ecuador felt like making a huge jump without a net. 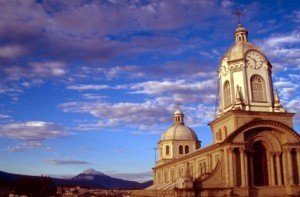 But after a year in the country that tops International Living’s 2010 Retirement Index, they’re loving their new lives in Ecuador.

They pay just $300 monthly rent for a rooftop apartment with panoramic views across Cuenca, a colonial center steeped in rich history that earned it a spot as a UNESCO World Heritage city. In fact, say the Zimmermans, they are exactly 55 steps from the city’s colonial heart, the picturesque and lively Parque Calderon, putting them at the hub of every festival that this renowned “City of Festivals” celebrates.

“The pleasure of being in this vibrant city keeps us feeling energized, fit, and young,” says Kent. “Our place has a wonderful penthouse deck looking straight across the street at the sparkling blue-tiled domes of the huge cathedral that anchors the park. The deck has become our outdoor dining room, because the temperature is 70 degrees Fahrenheit all year.”

The healthy, relaxed, and friendly lifestyle the Zimmerman’s found in Cuenca is just one of the reasons Ecuador tops International Living’s Annual Retirement Index for the second year running.

“In Ecuador, there’s something for everyone,” says Bassett, “beaches, rural highlands, jungle escapes, colonial cities. You can find a four-course lunch for $2. A taxi ride in the capital, Quito, costs $1. You can stay in a nice hotel for less than $20 or get a 30-minute massage for $15.”

In addition, says Bassett, Ecuador offers the best-value real estate in Latin America. “You can find a brand-new two-bedroom, two-bath condo—with city or ocean views—for less than $50,000. A hacienda-style home in the mountains lists for $90,000. A high-end home with floor- to-ceiling windows on two acres of hilltop overlooking the Pacific Ocean goes for $83,000.”

But as the Zimmermans and hundreds of other North American expats have found, the real draw is the climate. The beaches are tropical, but in the Andes Mountains, the weather is mild and spring-like. And because Ecuador lies on the equator, the weather is constant year around. In Ecuador you chose your ideal climate simply by choosing your elevation.

In addition to the ideal weather and low cost of living, Ecuador also offers top-notch health care and some appealing benefits for retirees, including half-price airfares and other transportation costs, and big discounts on a variety of other expenses like taxes, utilities, and entertainment.

All these qualities combined to earn Ecuador the #1 spot on International Living’s 2010 Annual Retirement Index.

“We give top priority to those things that matter most to retirees, such as special retiree benefit programs that include tax breaks and discounts,” says Bassett. “Ecuador first won the top honor in 1999, and it has been high on the list ever since.”

The United States moved up seven spots on the 2010 Index, reaching #15 for 2010 from a ranking of #22 last year. Total score for the U.S. was hurt by relatively high cost of living and high carrying costs for real estate such as taxes and insurance. The United Kingdom comes in at #22 this year, and Thailand takes #25.

Bassett says that to determine the index rankings, data is analyzed in eight categories from a huge range of sources.

“Then we run the results past our in-country experts for their judgments based on their first-hand experience,” says Bassett. “So it’s not a purely by-the-numbers, scientific call… it’s more nuanced. We’ve crunched the numbers, but we’ve also made adjustments based on what we know to be the reality on the ground.”

“No place gets a perfect score,” says Bassett. “Every place has pros and cons, pockets where living is easier, or cheaper, than another. But all of the countries in our Index have something to offer. Even if they score poorly in a specific category, they’re still the best places in the world to retire that we’ve found.”

The top 10 best places to retire, with possible points out of 100, are:

International Living has been publishing information about living overseas for 30 years. 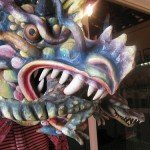