You are here: Home / General / When Life Gets Funky

From time to time, some aspect of life seems overwhelming. Most recently, I’ve gotten that feeling of overwhelm from trying to simultaneously plan our trip to Panama while putting the finishing touches on the house in order to list it for sale.

Add a few go-rounds with well meaning relatives who don’t have a clue about what I’m doing — but offer all sorts of unsolicited advice about it — and I’ve been in a downright funk.

How do you break out of a funk once its well and truly established?

Here are a few things that help me:

If you’re still in a funk after a few days, you may need to indulge in a little self-analysis.

If you write down your goals, hopes or dreams, review them. Figure out what is the very next thing to do that will move you closer to them, and do it.

If you’re upset about a personal interaction, expat coach Anne Egros recommends writing down your feelings, then forgetting about them for a day or so.

When you’re not emotionally upset any more, go back and look at what you’ve written. For each sentence where you felt hurt or under attack, decide whether it’s true or just your emotional interpretation. For example, did they really say your plan to move overseas was stupid, or did they say something you interpreted that way?

Publishing consultant Susan Daffron suggests bouncing ideas off someone else if you feel as if you’re wasting your time and can’t decide what to do next.

So, what do you do to break out of a funk? 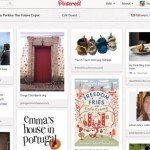