My Life in Ruins, starring Nia Vardalos, looked like the perfect choice for an expat movie review: American-Greek classical scholar takes a job at Athens University, gets downsized, does a stint as a tour guide. Perfect!

Well, not so much. Great idea, good cast which includes Richard Dreyfuss, one of my all-time favorite actors, but not so well executed. The writing is schmaltzy and heavy handed, the plot is predictable, and outside of a few gorgeous shots of Greek ruins, the movie pretty much falls flat.

But seeing Vardalos, who is a reasonably good actress, of course got me thinking about My Big Fat Greek Wedding, which she wrote and starred in. Originally I hadn’t planned on reviewing it since the protagonist is not technically an expat, but seeing My Life in Ruins got me thinking about it in a whole new way.

In My Big Fat Greek Wedding, Vardalos plays Toula, the younger daughter of Greek immigrants in Chicago. Her parents, the expats, live in their own Greek bubble of family and culture. They run a restaurant – Greek, of course, called Dancing Zorba’s – and extended family is part of their everyday lives in ways that seem quite, well, foreign. As Toula explains:

“I’m Greek, right? So, what happens is, . . see, you have two cousins. I have 27 first cousins. Just 27 first cousins alone. And my whole family is big and loud and everybody’s in each other’s lives and business all the time. Like you never just have a minute alone just to think ‘cause we’re always together just eating, eating, eating. The only other people we know are Greeks, cause Greeks marry Greeks to breed more Greeks to be loud, breeding Greek eaters. No one in my family has ever gone out with a non-Greek before. No one.”

“There’s two kinds of people. Greeks, and everybody else who wish they was Greek.”

Toula was brought up inside the Greek bubble her parents created. She had tried to break out of it as a youngster, but dark-haired Toula and her moussaka for lunch were rejected and teased by her blond-haired, Wonder-bread sandwich-eating schoolmates.

When we first meet her, Toula tells us:

“I wish I had a different life. I wish I was braver or prettier, or just happy.”

But she’s not. Working in the family restaurant, rebelling against but unable to pull away from the Greek community, Toula is miserable. She explains:

“Nice Greek girls are supposed to do three things in life. Marry a Greek boy, make Greek babies, and feed everyone. Until the day we die.”

She wants more out of life. She convinces her father to let her (at the age of 30 she needs his permission!) take a computer class at the community college so she can improve inventory control at Dancing Zorba’s. Her first real foray into US culture happens at the college when she joins a table full of blond-haired, white-bread-sandwich-eating young women in the cafeteria.

Later, Toula convinces her aunt to let her apply what she’s learned to the aunt and uncle’s travel business, and goes to work there while her cousin takes Toula’s place at the restaurant. While at the travel agency Toula meets Ian Miller, a young, anglo English teacher.

Courtship and love do not go smoothly, with Toula’s family especially. But eventually Toula and Ian get engaged, and then married. And in the process, Toula is able to recognize that she can’t become un-Greek, and her family is an important part of her life. She successfully makes a new life for herself that includes the Greek bubble as well as the American mainstream.

This is a delightful film, and well worth seeing or seeing again. 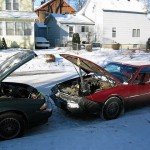 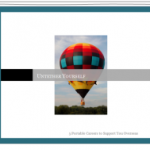