You are here: Home / Prepping the Move / How to Travel the World (and not Pay Rent!) 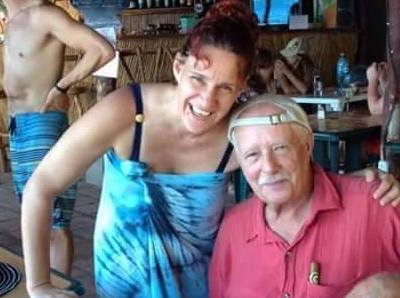 In 2008, Eden and Denny owned two businesses in the US. One was an ice cream shop they opened in September. Talk about bad timing!

Today, they live all over the world — with no housing expenses.

I talked with Eden recently, via Skype, about their nomadic lifestyle.

Their adventures started in 2012, when they sold the ice cream shop. They had spent several years downsizing from a house with a big garage, and left the US with 12 suitcases and the dog.

They knew they wanted to leave the US. As Eden explained:

When you leave the United States, money goes a lot further, and you can afford to live a life that lets you go out to dinner, do things, and still have money at the end of the month. Once you start downsizing and realizing you don’t need to much stuff, your mind expands.

“It became more exciting as we downsized. It felt like a weight off shoulders.”

They started their overseas adventure in Belize. They had visited before, and thought they would make it their home base for the foreseeable future.

After about a year, though, disillusionment set in.

It didn’t make a very good base for exploring other areas, and they started to have concerns about their personal safety. It also got to be expensive.

So they left Belize and headed to Granada, Nicaragua, where they rented for about a year. Then they discovered something that changed their plans.

“We didn’t know what housesitting meant when we left the US,” Eden told me. “A whole world opened up for us!”

Granada’s a hub for people to travel through, so I’d keep an eye open for people coming through. I met a blogger couple coming to Nicaragua, and they had just finished a housesit for six months. The more we talked to people, the more the word ‘housesitting’ came up.”

So when her daughter was planning an extended visit, Eden started asking around if anyone needed a housesitter.

Several people did, and it worked out really well. Her daughter was able to stay for months, with a few different housesitting jobs.

After that, expats in the Granada area started asking Eden and Denny if they would like to housesit.

“We gave up the apartment, took some of our stuff, and it’s been two years now,” Eden explained.

During the first year after they gave up having a fixed address, they housesat in Nicaragua and Costa Rica. They had a few gaps between gigs. “In Granada, we stayed with a few friends here and there,” Eden told me.

After a year of housesitting in Central America, they decided to broaden their reach. So far they’ve done housesits in every region except Oceania (Australia and New Zealand). They’ve spent time in Thailand, Morocco, and Europe, Central and South America, and even the US. When I spoke with her, they were housesitting in Las Vegas.

At this point, they’re happy with their nomadic life and have no plans to settle down.

Eden has a very portable career. She’s a brand and marketing strategist, and she teaches companies how to use social media to get their message out. Because they maintain a very low cost of living, she doesn’t spend huge amounts of time working.

They are careful with their money, using cash, debit cards, and PayPal (no credit card!).

Eden is covered through the Affordable Care Act, and Denny is on Medicare. They have routine checkups when they visit the US, and stock up on medicines to carry with them for his asthma and high blood pressure. In many countries, they can buy medications over the counter for a fraction of their cost in the US.

A medical emergency in Costa Rica cost them only $702 — it would have been tens of thousands in the US.

Where to Find Housesitting Gigs

Eden and Denny use HousesitMatch, Nomador, MindMyHouse, and HouseCarers when they need to look for housesitting opportunities.

They’ve become much more selective about the housesits they take on. “We’ve learned what we need,” Eden explained. “We follow the sun. We need to be where it’s warm, and we need to have transportation — no two-mile walks to the grocery store!” Transportation doesn’t have to be their own car, they’re fine with buses and taxis.

Normally they don’t take short-term sits, but if they have a gap that needs filling they’ll consider one.

Eden’s newest project is a website by and for housesitters. She envisions it as a membership site where housesitters can share information, tips, and ideas. 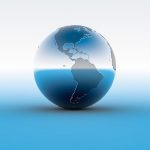 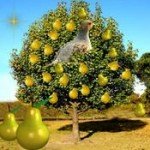 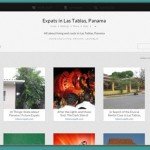