My MIL (mother-in-law) has struck again.

Last month I told you about my attempts to get my in-laws — my well educated, well traveled in-laws — to discuss our plan to move abroad. It’s become the elephant in the room.

I told you that I’d decided to write a letter describing the dreaded elephant from our point of view and inviting them to begin a dialog, and that I’d let you know how it turned out.

The letter was written (by me) and sent as an email (by my husband) about 10 days before our trip to Panama.

It was eloquent, if I do say so myself, clearly laying out our financial difficulties, the thinking that led us to where we are now, what we’re considering and how we expect to benefit from it. It invited them to describe what the elephant looks like from their point of view.

I spent over two weeks writing it. I drafted it, then let it sit for several days. Then I went back and revised it, and let it sit some more. Wash, rinse, repeat.

So far, their response has consisted of:

Adding insult to injury, the Facebook message was sent about 12 hours after she learned I was sick with a temperature of 100.5.

I admit, I did not handle it well.

I yelled, I cried, I stomped around. I hope I wouldn’t have reacted so badly had I been feeling completely myself.

I felt insulted on multiple levels. I had spent so much time and effort in a genuine attempt to explain our position and find out why it bothers them so much, and her only response was two sentences about patriotism?

That’s not a dialog, that’s a hit-and-run.

Family Can Be Your Worst Enemy

You’d think that your family and friends would want what’s best for you, would understand that you do things for reasons that make sense to you if not to them, and wish you well.

Some do. My mother — who’s never been known as a cheerleader, who’s very stingy with praise or commendation — wasn’t happy when we first shared our plans with her.

I spoke with her yesterday for over an hour. She asked a lot of questions about our trip, commented on what we’d learned and some of our experiences, and ended up telling us:

“I’m proud of you. I think that trip was very courageous and forward-thinking.”

I told her about the difficulties with my MIL (whom she likes) and commented that her attitude might send us overseas sooner than we might otherwise have gone. “Of course!” my mother exclaimed. “I can see that.”

Our siblings and children range from noncommital to encouraging. One sib told me if we went, they might follow if things get much worse here in the US. Most of our friends are ok with our plans.

So, what to do about that pesky MIL?

“It’s nice if they [family and friends] support your decisions, but not all of them will. When that happens, you need to graciously allow them their thoughts and feelings, share yours with them if you can, and move on.”

It’s easy to say, not so easy to do. I admit, I’m doing a lousy job of moving on right now. Perhaps if I were feeling better I’d find it easier.

I did take one immediate step. I decided I’m not willing to be ambushed on Facebook again, so I unfriended her. For now, if she calls or emails I can choose whether to pick up the phone or open the email.

Are You Dealing With a Bully?

One way to cope is to identify what type of person you’re up against. No, I don’t mean MIL, or brother. What is the personality characteristic they’re using to upset/anger/undermine or otherwise unsettle you?

Perhaps you’re up against a bully. According to WikiHow, “Adults can be just as capable of employing bullying tactics as any young child or teenager.”

When dealing with a bully, recognize that

To deal effectively with a bully, it’s important to understand just what bullying is and isn’t. A good resource is Bully Online, which has a special subsection on Family Bullying.

I’m not sure my MIL is a bully, but I’ve realized she’s showing some of those characteristics.

For a while, I plan to completely ignore her, and concentrate instead on the people in my life who are supportive and encouraging.

As always, I’ll keep you posted.

How have you handled a difficult relative? 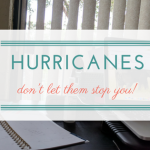 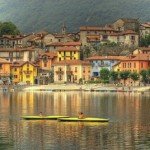