You are here: Home / Archives for film

Two Expat Movies: American East and Sabah: A Love Story Both these movies deal with the clash of Middle Eastern cultures in a western setting, but they’re as different as East and West. American East has a gritty feel, starting with the opening sequence which shows a post-9/11 terror alert level … END_OF_DOCUMENT_TOKEN_TO_BE_REPLACED

Kate & Leopold Starring Meg Ryan and Hugh Jackman Leopold, Duke of Albany, is spending 1867 in New York City, sent there by his family in disgrace because he is 30 and not yet married. While watching a speech by the designer of the Brooklyn Bridge, Leopold sees someone behaving oddly in the … END_OF_DOCUMENT_TOKEN_TO_BE_REPLACED

A Review of the Movie Flower Drum Song "A hundred million miracles are happening every day." That’s the opening song in the movie, Flower Drum Song, and the theme that sparkles throughout the entire musical. Flower Drum Song is also the story of cultures on collision courses with each other – East … END_OF_DOCUMENT_TOKEN_TO_BE_REPLACED

EM Forster’s classic novel of India under the British Raj examines the dark side of the expatriate experience. Although not absolutely necessary, it helps to understand a little of the history of England’s presence in India, because, central to the novel’s core, is the oppressor’s fascination with … END_OF_DOCUMENT_TOKEN_TO_BE_REPLACED

I've been posting reviews of books and movies with an expat theme every month for the past six months or so, and I really enjoy this feature of the Future Expats Forum. It forces me to think about books and films in a new way, and to exercise all those writing skills I learned as an English Lit … END_OF_DOCUMENT_TOKEN_TO_BE_REPLACED

Well, it’s not exactly an expat movie, although various characters do travel to and stay in other countries. But it’s a sweet Christmas-time romantic comedy, so I thought it worthy of a review at this sentimental time of year. It also features an unusual character – the Home Exchange website, a … END_OF_DOCUMENT_TOKEN_TO_BE_REPLACED 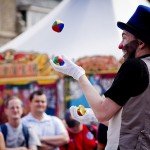