You are here: Home / Prepping the Move / Narrowing Your Country/City Search / Quality of Life Index for 2011: Lies, Damn Lies and Statistics

Wow! The January, 2011 International Living just arrived in my mailbox and I am speechless. . . stunned. They’ve named the 2011 Top Quality of Life countries and they’ve put the USA at the top of the list.

Since I saw the article, I’ve been thinking and doing more reading, because my level of “stunned” has not gone down. How could International Living, which usually is right on target, be so far off on this one?

Now, to give them credit, they issued a bunch of disclaimers in the article. In fact, almost the entire article seemed to be a disclaimer. Which begs the question, why publish something so patently off-base that you have to use all those words to explain it away?

They describe the US as, “a clear, if uninspiring, winner.” They state clearly that the result is based solely on numbers. They explain which statistics put the US in the forefront.

They admit that “statistics don’t always reflect the reality.”

“The truth is: in dozens of other countries, ranked lower in the final count than the U.S., you can enjoy a life of equal quality — with the same levels of comfort — at a much lower cost.”

“Bear in mind that the score of 100 does not indicate perfection. It just means that the country scored highest in the category. For example, the U.S. Economy is not perfect (far from it), it’s just the highest scoring in that category. The rest of the countries are then arranged in a spread, the lower the score, the worse the country does.

“Every index is prone to a little ‘nonsense by numbers,’ which is why we include some subjectivity in ours. Statistics obtained from offialdom are not always accurate or reliable. Since the stats we gather don’t always reflect our own experience, or yours either, we sometimes interject a subjective factor to fill the gaps.”

Here are three specific items in these rankings really made me scratch my head.

They give cost of living more weight (20% of the total) than any other category. According to IL’s explanation:

“This is a guide to how much it will cost you to live in a style comparable to—or better than—the standard of living you’re likely enjoying in the U.S. Our primary source in this category is the U.S. State Department’s Index of Overseas Living Costs, used to compute cost-of-living allowances for a Western-style of living in various countries. We also consider each country’s national debt.”

All the scores run from 0 as the worst to 100 as the best. The US scored a respectable 76 in this category. But what does that compare to?

Iraq and Gambia scored 100, with Afghanistan following at 99. Luxembourg scored 0. Zero! Mexico — that same Mexico that we’re being told all the time is a much less expensive alternative to living in the US — scored 77 and Ecuador and Panama both scored 78. Nicaragua, another low-cost alternative to the US, scored 85. Thailand‘s score was 77.

Huh??? So what is it? If you can truly retire in Ecuador (score of 78) for $600/month, as IL claims on a regular basis, does that mean you can live in the US (with health care!) for just a little more than $600/month? I don’t think so. . . In fact, according to these scores, Ecuador would be more expensive than the US.

If this is the quality of information the State Department offers, I say, ditch this index and find another that accurately reflects the cost of living.

Keep in mind, too, that cost of living is their most heavily weighted category. Therefore, they should make sure it’s the most accurate, but these numbers are pretty worthless.

According to the detailed rankings, the US scored 90 in the Health category. Japan and France led the way with scores of 100 each. We were also beat by Switzerland, Belgium, Sweden, Austria, Germany, Iceland, Greece, Spain and New Zealand. And Cuba, which scored a 93 to our 90. Canada and the UK scored 84 and 82 respectively.

Now, the top rankings for France and Japan don’t surprise me a bit. France’s health care has been the gold standard by which others are judged for years.

But here’s what bothers me. What good are doctors, hospitals and modern technology if they are unavailable? Over 50 million Americans have no health insurance, and therefore no practical access to health care. In Canada and Britain, health care is available to everyone. The latest and greatest in medical diagnostic tools don’t do me a bit of good if I have no means to use them. In the UK, they may not have the most up-to-date tech (or they may, I really don’t know), but since everyone has access, I’ll bet they have more successful diagnoses and better overall outcomes.

Add to that the fact that we’re facing an explosion of chronic conditions like diabetes and depression, that infant mortality rates are not good, that our life expectancy is actually declining, and it doesn’t add up to good health care.

Economy weighs in at 15% of the total score, so this is another category they really should have gotten right. They give the US economy an eye-popping, jaw-dropping score of 100. Why? Because it’s big.

What did they consider? Interest rates, GDP, and rate of inflation. What did they not consider? Employment and debt. Unemployment in the US is still at levels not seen since the Great Depression, and we’re drowning in debt. We’ve never seen so many Americans losing their homes, and the outlook in the housing market is grim for at least the next five years. The middle class is rapidly disappearing.

How does this translate into a top-ranked economy?

Contrast this with the countries seeing phenomenal economic growth right now — China, India and Brazil — which they rated 78, 64 and 58, respectively.

Even honest, dependable organizations can make big goofs. I hope IL will rethink its methodologies and sources, and produce indexes in future that reflect what’s really going on in the world. The 2011 Quality of Life Index does not.

What do you think? Does this index accurately reflect the quality of life where you live? 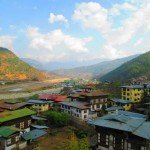 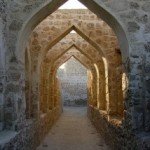