You are here: Home / Panama / How Reliable are Utilities in Las Tablas, Panama? 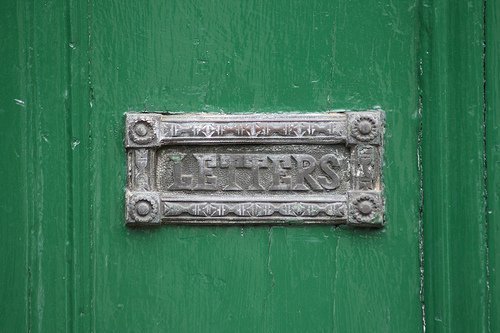 It’s time for another peek into the expat mailbag. Here’s a question that I haven’t thought about in a while (and trust me, that’s a good thing!).

What about electricity, water, and internet outages? How often, if at all, do you experience that?

Throughout Panama, and here in Las Tablas and all over the Azuero Peninsula, electricity does go out from time to time. Some outages are just a flicker, and some last for several hours. They’re most common toward the end of the dry season. (The dry reason runs from December 1 – May 1.)

That’s because most of the power in Panama comes from hydro, and you need water flowing over dams to make it happen. After five months with no (or extremely little) rain, that can be problematic.

Although I don’t keep track, it seems as if the outages are few and far between compared to when I first came here two years ago. I arrived in mid-March, 2012, and within a week had experienced my first outage lasting several hours. My recollection is back then the power went out a couple times a week — sometimes for just a few seconds, sometimes for much longer. 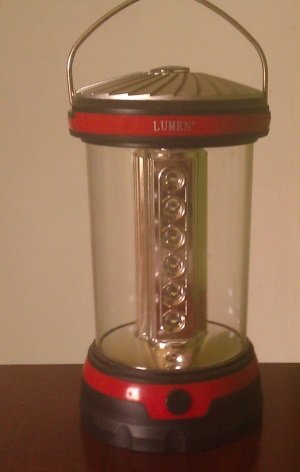 I honestly can’t remember the last time the power went out now. It’s been a few months anyway. We found these nifty little LED, battery-operated lanterns that we keep in the living room and bedrooms for when that happens.

A steady water supply is definitely an issue here. Last year when we were thinking about whether to renew our lease, I asked our landlord if he had ever considered putting in a water tank.

While the water pressure here in Las Tablas had been iffy from day one, we had recently struggled through a very long day with no water at all, as well as the occasional outages for an hour or two or three.

A tank would solve all those problems. 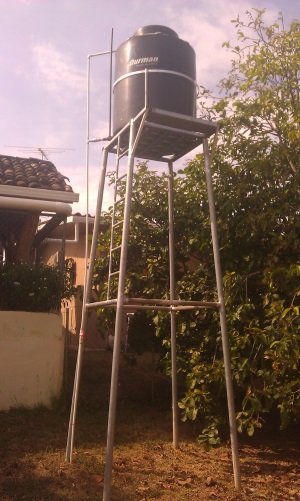 Our landlord immediately made arrangements, and before we knew it we had workers in the back yard erecting this behemoth.

Still, we keep filled jugs on hand at all times — a couple of large ones that we can use for flushing toilets, and a half dozen quart bottles that we fill with fresh water every day for cooking and drinking. We learned our lesson the hard way!

Since we’ve had the tank for about a year, I can’t tell you how often the water’s been off. I know there have been a few times at least. Water tanks are common here, and I suggest you make sure you have one. If you’re renting, talk to your landlord. If he’s not willing to put one see, maybe he’d be willing to have you install it and take X amount off your rent for a few months to cover it.

If you’re a casual internet user, the occasional outage — and there are some — shouldn’t be a problem.

If you rely on the internet for work, though, as I do, it can be a big deal.

If fast, dependable internet is a deal breaker for you, you have to live in town or in a major subdivision. The beach or out in the countryside isn’t an option.

We get our internet from Cableonda. The other big player in this area is Cable & Wireless. I pay about $30/month for internet (it’s bundled with cable, so I don’t have an exact figure for internet only).

There is another solution that can work for you, depending on your exact location — and the only way to know is to try it, unfortunately.

Claro offers two types of 3G internet. The first is a USB stick which plugs into your computer directly. The second is a wireless router that you can plug directly into your computer, or allow several devices to use the WiFi signal it generates.

The USB stick can only provide internet to one USB-enabled device at a time. The router claims to be able to provide WiFi for up to 10 devices. I’ve tried it with three. It’s not quite as fast as the cable internet, but it can handle all the tasks I’ve thrown at it including streaming video, Skype and Google Hangouts.

You purchase the device outright, and then prepay each month for the service. The minimum service costs about $15, the fast service is $40 per month.

Because I have to have internet all the time, I use the Claro WiFi device as my emergency backup. It’s also handy to take with me if I’m going out somewhere and want to do some work. It works from most of the places I’ve tried, although from some it’s much slower. Best of all, it it’s fully charged I can still have internet for up to four hours, even if the power’s down. . . 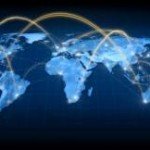 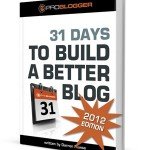 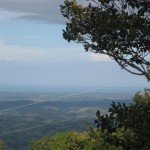