You are here: Home / General / Go Where the Grass is Always Greener

“After 12 ½ years living overseas, we feel like tourists now when we return to these United States.”

That’s Kathleen Peddicord speaking, publisher of Live and Invest Overseas and author of the recent book How to Retire Overseas. (You can click here to read a review.

“We’re appreciating the history, the shopping, and the museums of one of our favorite U.S. cities, but, as we wander and explore, we’re also coming face-to-face with the realities of life in this part of the world right now. Conversations on the street, in restaurants, on park benches, and on the television screens we can’t seem to avoid are all about health care reform, illegal aliens in Arizona, new taxes, the collapse of the housing market, the shenanigans at Goldman Sachs…

“The debates are ever-present and often heated, and we’re beginning to understand the stress involved with calling this country home right now.

“The longer we’re living elsewhere, the more we appreciate where we’ve come from. We’ll always be Americans, but, right now, the challenges of life in the United States of America seem overwhelming, too great for us to process.

“We Americans are a romantic, optimistic bunch. The grass will be greener, we tell ourselves continually, over the next hilltop or around the next bend in the road.

“In Panama, for example, where we’ve been living for the past year-and-a-half, things like U.S. health care reform and what to do about the Goldman Sachs debacle seem very far away.

“Every place has its own issues and causes for worry. When life one place becomes intolerably challenging (as I’d argue it has in the United States), move somewhere else.

“You aspire to diversify your investment portfolio. Why not your life?

“In the current climate, Americans are more interested in the idea of living, retiring, and investing overseas than ever. As life in the States grows increasingly uncertain, a new life somewhere else can seem a great out.

“Starting anew in another country is maybe about escaping. More than running away from something, though, starting over overseas is about running to something.

“Something new and better. Something richer and fuller.

“Starting over overseas is about following the road around the next bend to someplace greener. 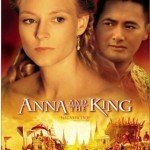 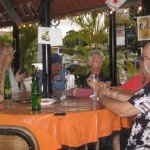 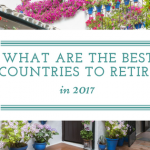 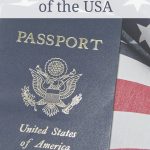