You are here: Home / Prepping the Move / Finances / How Filing my Expat Taxes Changed from a Nightmare to a Dream

This year, for the first time in a couple of decades, I hired someone to prepare my tax return.

I’ve done it myself for years, using TurboTax. This year, though, it got out of hand. Rather than mess with our expat taxes myself, I decided to hand the whole mess off to a professional.

As US expats, our tax reporting is complicated and onerous. If you miss a deadline or file certain forms incorrectly you have statutory penalties that start — start mind you — at $10,000 even if you owe nothing .

This year for the first time we had rental income in addition to my self-employment income. We also had a situation which involved a bunch of forms I’d never used before, in another state where I would have to file a non-resident tax return.

I also had to get it done early. As expats we’re allowed an extension, but I needed to have the tax returns finished in time to complete my daughter’s financial aid forms for her last year in college.

Preparing tax returns for a home-based business is a pain, but I’ve learned how to do it over the years. The other stuff, not so much.

I chose Diane Siriani’s company, Expatriate Tax Returns. Diane has written some guest articles for me (you can see them here and here), so I was confident she knew her stuff.

I emailed Diane to ask a few basic questions, and she told me what I needed to know and quoted me a price. She also gave me a 25% discount, which I didn’t ask for but appreciated very much.

I had two options: I could go through their secure, online database system to enter all my detailed information, or I could securely upload documents to their site. Since I’d already roughed in my taxes in TurboTax, I uploaded copies of those documents.

A short while later Lauren, one of the tax prep elves, contacted me with a few additional questions and asked for specific documents.

Once I had provided everything she needed, it seemed like no time before my tax return was completed.

We were able to pay the bills for the tax preparation and the tax owed by credit card, online.

Altogether it was quick and as painless as filing and paying taxes ever can be.

I was very pleased with the service I received from Expatriate Tax Returns, and am happy to recommend them. In addition to federal taxes, they’ll prepare taxes for every state and county as well.

Go to the Expatriate Tax returns website and enter the coupon code EXPAT2-Future and you’ll receive a discount as well.

You’ll also find a wealth of valuable information about US taxes in general and expat taxes in particular on the website. 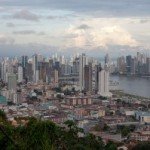