You are here: Home / Book and Movie Reviews / Don’t Sacrifice Your Family on the Expat Altar

Among expats who return home earlier than planned, most cite family problems as the reason. It doesn’t have to be that way.

By the end of 2010 there were over 213 million expats worldwide — up from 177 million in 2005. And, according to Pricewaterhouse Coopers, there will be a 50% increase in the number of international assignments by 2020.

Some, the traditional expats, are sent abroad by an employer while others chose to go abroad and find ways to support themselves.

The Practical Guide to a Successful Expat Assignment is a slender volume that will produce big dividends in the quality of your expat life.

Written both for both the “traditional” expat and the expat by choice, it includes information and advice about how expat life affects the family — especially the kids and the non-working spouse. The difficulties of repatriation are also discussed.

Regardless of what type of expat you are, the book’s emphasis is on the family. Subtitled “A handbook to help families prepare and enjoy the adventure of an overseas posting,” you don’t need this book if you’re going abroad on your own.

But if you’re considering expatriating with your family, get it and read it together. It could make the difference between a successful expat experience with strengthened family ties, or a family implosion.

There are chapters on preparing ahead of time, making your daily expat life work and what to expect when you return to your home country. There’s a chapter on finding a work-life balance as an expat and on establishing a support network even before you arrive. There’s even a chapter titled, “Is Expat Life Right for My Family?”

According to author Marcia DeWolf, five qualities are crucial to a successful expat experience:

If the family, or any of its members, lack these skills, your chances of a successful expatriation are lessened. Better to know before you go.

The author is Director of Community Affairs at an International School in Belgium, so it’s not surprising the book deals extensively with education.

She talks about the educational options available for expat kids in most countries. More importantly, she looks at how expatriation affects children in their social and cultural development. She notes that:

“Expat children tend to have more in common with one another, regardless of nationality, than they do with non‐expat children from their own country.”

“Children who have studied a language at the elementary level score higher on tests in reading, language arts, and math. People who have learned foreign languages show greater cognitive development in areas such as mental flexibility, creativity, and higher order thinking skills, such as problem‐solving, conceptualizing, and reasoning.”

Many companies provide information and support for the expat employee and the children, but there’s typically little help available for the spouse (most often a wife). DeWolf cites three elements that make it easier for the non-working spouse:

“Given the role of family problems in expat failures, it is essential that the employer understands just how unhappy and cut off the expat manager’s spouse can feel in a foreign environment,” DeWolf suggests.

It’s important to have all the information you’ll need about the location before you go. If you don’t, you’ll face some unpleasant surprises.

Back to the Future

“The millennial generation will view overseas assignments as a rite of passage, an outlook that will change the way workers and organizations approach overseas opportunities in the future.”

According to DeWolf, the millennials will increasingly see a world without boundaries, and they’ll comprise the bulk of overseas workers by 2020.

If your family is considering an overseas move, or if you’ve decided to move and want to greatly improve your chances for a happy and successful experience, I recommend the Practical guide to a successful expat assignment. 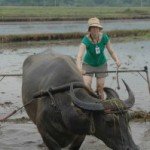 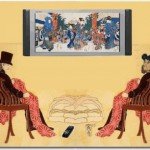 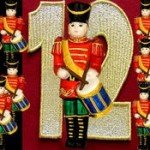