You are here: Home / Prepping the Move / Buy One Mobile Phone for Home and Overseas 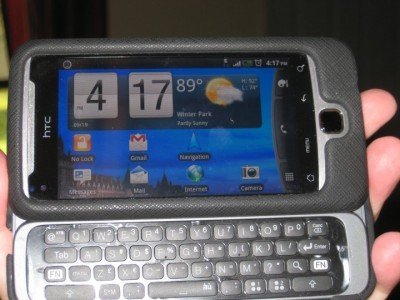 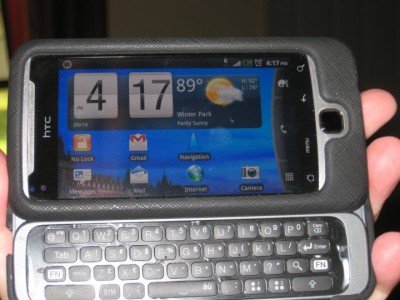 Advances in technology have made it much easier for expats to stay in touch with friends and family back home, and even to work remotely from their new locations. There’ve been lots of changes since I last wrote about technology for expats.

While they may make your expat life easier or more convenient, the choices can become overwhelming.

One area that’s been changing rapidly is mobile phones. If you’re confused about all the information about smart phones, “dumb” phones, Android and apps, here’s some basic information that will help you sort through the muddle.

In most of the world, you can use any mobile phone with any provider. It’s only in the US that phones are “locked” to a single company’s network. Generally if you buy an AT&T phone, you can’t use it with Verizon or T-Mobile or Sprint.

However, by buying an unlocked phone you circumvent that nonsense.

(Note that Sprint, Metro PCS and a few other companies use a network that’s completely incompatible with the rest of the world. )

GSM stands for “Global Systems for Mobile Communications.” It’s used throughout Europe, Asia and Central and South America. Different GSM systems use different frequencies: 850, 900, 1800 and 1900. When a phone can use all four, it’s called a “quad band” phone.

For starters, look for a quad-band GSM phone

. With it, you’ll be able to make and receive calls from almost anywhere in the world.

These phones use SIM (subscriber identity module) cards where the phone’s number and other information is stored. When you arrive in your new country, just sign up for new service and swap SIM cards. Easy peasy.

A smart phone, in addition to talk and text, gives you internet browsing capabilities and the ability to use apps.

When choosing a smart phone, you should be aware of some differences in the way data is handled in different networks and select a phone that will do the best job for you in the countries you’ll be spending the most time in.

For example, the 3G network in the US uses different frequencies than the 3G network in Europe. A phone built for the European market may only be able to use a slow connection like EDGE in the Americas. (I found this one out the hard way.)

If you’re moving to a smart phone, you also have a choice of operating systems. There’s Apple’s iPhone, of course, or you can go with an Android or Windows operating system.

My personal choice is Android, which is the biggest seller worldwide. If you’re already using Google’s tools like Gmail, Calendar and Tasks, it’s a pretty easy move, and there are tons of great apps available.

Some phones, like the one pictured above, have actual keyboards that slide out when needed. They add a little extra weight, but are easier for some of us to use than the virtual keyboards.

An “app” is a program for a smartphone. Many are available free and some of the most useful generally come preinstalled on the phone.

What’s the smart phone app you rely on most while traveling? 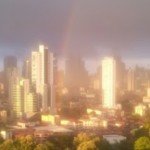