You are here: Home / Prepping the Move / Narrowing Your Country/City Search / Central America / Are You A Boomer or A Hammock Swinging Adventurer?

Kathleen Peddicord of Live and Invest Overseas revisited Nicaragua recently, and had some interesting comparisons between Nicaragua and Panama.

I can’t help but draw comparisons between this place and the place I left early yesterday morning, Panama City.

Granada, Nicaragua, from where I write, and Panama City, Panama, couldn’t be more different, and I’ve been trying to put my finger on, exactly, why that is. Finally, the gentleman who was kind enough to collect me in Managua last night and deliver me to my host here in Granada for these two nights articulated the difference for me.

“Panama City is booming,” I was explaining after he’d asked how I was enjoying life in my recently adopted hometown.

“There’s so much energy and activity…so many people and so much money flowing through that place right now, thanks, largely, to the Panama Canal expansion work, which began this year.

“Panama City is in your face. Downtown is noisy, dirty, frenzied, and completely alive. This is an exciting time in the history of Panama, and I’m enjoying the chance to witness it from the inside.

“Nicaragua, on the other hand,” I began…

“Is swinging contentedly in its hammock,” my new friend completed the thought for me.
And he got it just right. While Panama is busy remaking itself, retooling for a decade of further and continued growth, development, and expansion…Nicaragua is happy to sit back and enjoy the sunshine.

There are no big road works projects under way in Nicaragua right now…though, certainly, some of the roads could use improving.

And the Nicaraguans you pass as you travel around their country…they’re herding their cattle, tending their sugar cane, rocking slowly in their big wicker chairs…

They seem in no hurry to get anywhere or to do anything in particular, and, watching them, you begin to wonder why you are.

The price of oil…the price of gold…the dollar/euro exchange rate…the closing figure for the Dow…these things all seem far away and unimportant when you wander the roads of this beautiful and right now dazzlingly green country.

Don’t these people know the world is ending…that global markets are collapsing? If they are aware, they’re unaffected. And, again, spending time among them, you can’t help but wonder if they don’t know something you don’t.

I’ve got much to tell you about what I’ve seen so far…but I’m already late for my first appointment this morning. I’ll fill you in, don’t worry, on everything, when I’m back in Panama City and have more time.

Meantime, on the drive into Granada last night, my Marketing Director Harry, in Nicaragua for the first time, wondered: “What’s the demographic of the foreigners living here now?”

“The folks who’ve chosen Nicaragua for their overseas retirement or new life abroad are adventurers,” I replied.

“They’re out-of-the-box thinkers. Nicaragua isn’t an obvious choice for someone whose primary objective is to play it safe. This country is still rugged and delightfully unpolished.”

“I think I like it better here than in Panama,” Harry responded. “There’s something romantic about this place…I can’t explain it…”

I sensed it on my first visit, too. There’s something poetic in the Nicaraguan way of life. Infatuating.

The people of this little country have lived through troubled times. But they’re not bitter or calloused. They’re warm and welcoming. Big-hearted and quick with a smile.
They’re also strong and resilient…able to take the ups and downs of day-to-day living in their stride.

In Panama City, your pulse quickens. Your heart races. You feel like you’d better get up and get moving. Do something…build something…

Here in Granada, you want to settle back and settle in. Your mind wants to slow down, and your heart wants to savor.

“I wish we could stay longer,” Harry commented this morning over breakfast. “I could imagine staying on here…”

We’ll plan a more extended visit soon. Being here again has reminded me why I fell in love with this country in the first place, more than 15 years ago.

Right now, though, unfortunately, Harry and I have a full schedule. We’ve got to resist the urge to slow down. We must push ahead…to the Laguna d’Apoyo…to the coast…then back to Managua…

P.S. My waxing poetic about Nicaragua neglects the practical. Here’s the important practicality to recognize about this country: It remains a true bargain.

Harry and I took taxis, ate out, enjoyed our share of Flor de Cana, and made a point of stopping in shops as often as we could. Everything from shampoo, bottled water, and pineapples to electronics, duffle bags, and washing machines is cheaper in Nicaragua than in Panama and, as far as I could tell, a bargain.

Breakfast for the two of us at my favorite Granada haunt, the Alhambra Hotel, was so cheap I re-checked the bill. Two plates of eggs, bacon, and toast, plus orange juice and hot tea, for about US$5, including tax and tip. In Paris, you can’t buy two croissants and coffee for US$5…and, in Panama, for 5 bucks, you and your dining companion are eating empanadas out of a cart.

Nicaragua remains the kind of place where everything is so affordable you never have to tell yourself no. Want to dine out? Enjoy late-afternoon aperitifs on the square? Drink and dance ’til dawn? Take a taxi to Masaya or Catarina for a day at the market? Take a boat tour on the lake? Why not? Your budget, even if slight, can handle it.

I’m speaking anecdotally. Our editors have figured the cost of living in Nicaragua more formally. They say you can live well in this country on less than US$1,000 a month. 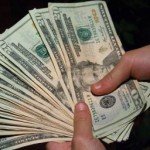 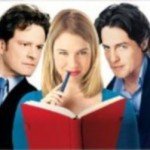 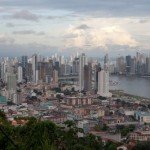