You are here: Home / Prepping the Move / Narrowing Your Country/City Search / Asia / An Antidote to Doom and Gloom

Occasionally I reprint articles here that appeared on other expat websites. This one struck a chord with me, and I hope it will with you too. Thanks to Live and Invest Overseas, where you can read the original in its entirety.

“Vicki and I recently returned to Argentina after a six-month absence,” writes Intrepid Correspondent Paul Terhorst.

“The seasons are reversed here, and, like the song says, spring is ‘bustin’ out all over.’ We see new leaves on trees, migrant birds returning, more sunshine, better light.

“The Argentine economy is bustin’ out, too, doing very well. We hear a lot about a worldwide recession, but it seems to me that only the United States and a few other countries struggle. During our recent six-month trip to Asia, Vicki and I saw roaring growth. During our time in Thailand, that country was on the verge of a civil war. Yet Thai economic growth will come in at a healthy 9% this year. To keep inflation in check China has successfully slowed its economy, so growth will be ‘only’ 11%.

“In Latin America, we see the same story, including, in some countries, very strong growth rates. The southern cone countries–Argentina, Chile, Uruguay, and Paraguay–all enjoy the high soy and grain prices, along with new tourism from Brazil and the United States.

“Even Europe is doing well, led by Germany’s remarkable boom. Most of Scandinavia and northern Europe also enjoy solid growth.

“For sure, we see pockets of weakness. Japan never really recovered from the 1989 meltdown. Greece, Portugal, and other small European countries, along with Spain, have been hard hit. But the main problem continues to be the United States, now barely sneaking out of recession.

“We used to say that when the U.S. coughs the rest of the world catches cold. To a certain extent that may still be true today. The four BRICs (Brazil, Russia, India, and China) combined barely approach two-thirds of the U.S. economy. The U.S. consumer drives the worldwide export boom. The United States remains a huge factor.

“Still, I see most of Asia, Latin America, and Europe doing well. I went to China twice last year, and, in rural Yunnan province, saw new bridges, dams, roads, and sewers. China long ago learned that there was more to life than making toys for Wal-Mart.

“I was in the United States last month and flew on one of Jet Blue’s Brazilian-made planes. No longer do Boeing and Airbus split the market. I was in India for two months and saw an improved standard of living over what I saw just two years ago, when I was last there.

“I think we can expect the global boom to continue. Even Marxists these days look to trade and foreign investment to help grow their economies. We’ve all gotten hooked on the benefits of globalization.

“The newfound prosperity means locals go out more and travel more. Thai friends who reached their 40s without ever going abroad now travel to Laos, Malaysia, Hong Kong, and Singapore. Two Thai friends even plan to visit Vicki and me in Argentina. We see new restaurants, especially ethnic restaurants, opening in Argentina and India. Now in Buenos Aires and Chiang Mai we have several choices of Mexican places and Chinese food from different parts of China.

“As locals have more fun, Vicki and I do, too. We enjoy the new vitality, ambition, independence, and enthusiasm.

“Tired of the gloom and recession talk in the United States? Travel abroad. You’ll be surrounded by local prosperity. The challenges facing the U.S. will soon recede into a dim memory.”

Live and Invest Overseas’ publisher is Kathleen Peddicord, who’s been writing about expats and expatriation for 25 years. She also publishes a monthly e-zine called the Overseas Retirement Letter (which covers a lot more than just retirement), and is the author of the book, [ad#How to Retire Overseas Book], which I reviewed here. 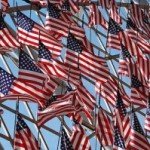