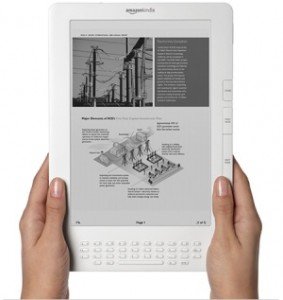 A while ago, I wrote that there are two gadgets absolutely necessary to my happiness and well being when I move abroad: my Amazon Kindle and my iPod. Since then, there have also been some advances in telephone technology which will make the expat’s life much easier as well. You can read the original article here.


Following are some updates on the Kindle, as well as information on some new technology that may make your expat life a little easier.

The best news for expats is that Amazon has updated the Kindle to make their wireless delivery of content available internationally. Previously, you had to live in the US to purchase a Kindle, and reside in the US to take advantage of their quick wireless delivery of new books, magazines, or newspapers. Now, using 3G wireless (the wireless technology most of the world outside the US uses), you can order a new book and have it delivered wirelessly to your Kindle reader in 160 countries throughout the world.

The updated Kindle is smaller than the first version, with a profile of just over 1/3 of an inch – about the width of a pencil – and weighing 10.2 ounces. Kindle now supports PDF documents, so you can send almost anything to your Kindle and be able to read it on the go.

An experimental text-to-speech feature is also included, so Kindle can read your material out loud to you. According to their information, you can transition seamlessly from reading it yourself to having Kindle read aloud.

Best-sellers are only $9.99, a considerable price break from the $25 or more for most new hardcover books, and Amazon has lowered the price to $259.

Amazon has also created a larger version, the Kindle Dx, with a 9.7-inch display, but just as slim as its 6-inch counterpart and with the same other features.

The global version will be released on January 19, and will cost $489. They are taking orders now.

Phones are getting smarter and doing more. Everyone is familiar with Apple’s iPhone, which permanently altered smart phone design and included a top-notch MP3 player and loads of downloadable applications. Other companies quickly followed suit. However, the international traveler needs a phone which is unlocked, not tied in to any one specific service provider. (The iPhone is locked to AT&T).

An unlocked phone allows you to change providers and numbers by simply swapping out a SIM (subscriber identity module) card. The SIM card is mandatory in all GSM phones, and GSM is the wireless standard in most parts of the world. In the USA, mobile providers AT&T and T Mobile use GSM SIM cards.

For the traveler, this means you can purchase an unlocked GSM phone, buy a SIM card for use in the US and another for use overseas, sign up for the appropriate provider services here and abroad, and use the same phone in both places. If you’re accustomed to getting a phone for a low price in exchange for a 24-month contract with a specific provider, you may be in for some sticker shock, but the benefits are substantial as well.

Smart phones come with operating systems. iPhone uses Apple, and others include Windows Mobile, Blackberry and Palm. New to the scene is Android, which uses open source Linux.

For the traveler or expat, Google Maps is available for your mobile phone, and the new Android Nexus One from Google even offers full GPS with voice navigation. (I have to admit, of all the available smart phones, the Nexus One is the first one that’s really sparked my interest.) There are many other applications for the Nexus One or other Android smart phones which are helpful to the traveler. These include Trip Journal, Google Sky Map for star mapping, Locale, which automatically changes your phone’s settings depending on where you are, On the Road, Trippo Mondo voice translator, weather information, aCurrency, a converter for 160 countries, and lots more.

I’m waiting to see whether there’s a non-iPhone smart phone out there that could replace my iPod. I’ll keep you posted on that. 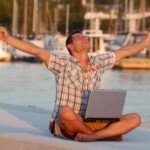 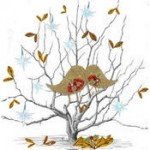 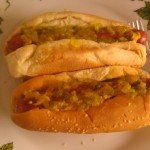